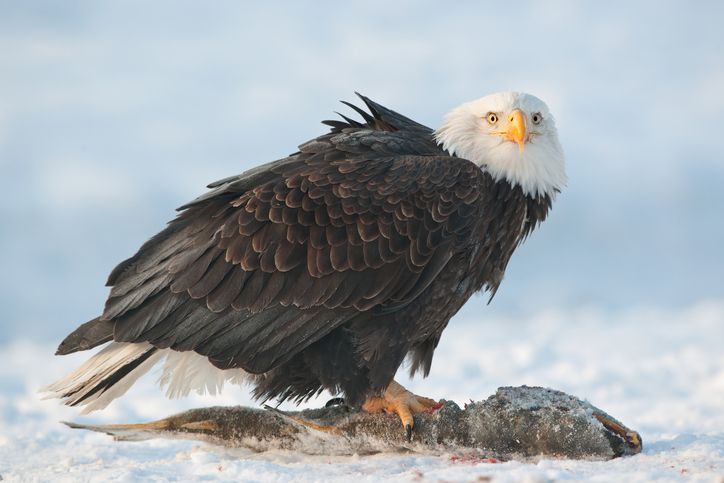 13 bald eagles were found lifeless on a Maryland farm two years ago. The cause of death was a mystery. The case was investigated by U.S. Fish and Wildlife authorities, who collected six of the 13 dead eagles. Almost immediately, they suspected poisoning as the cause of death. Their suspicions were correct.

Details of a six-month investigation disclosed last week, show that the eagles died from ingesting a highly toxic pesticide banned in the United States. In 1991, Congress banned the granular form of carbofuran, which was blamed for the deaths of more than a million birds. The Environmental Protection Agency banned its liquid use as an insecticide on food crops in 2009.

Marketed under Furudan, Curater and other names, the insecticide is also toxic to humans and other mammals, causing nausea, vomiting, diarrhea and difficulty breathing. Some farmers continue to use the poison illegally to kill larger predators and pests, including foxes, coyotes, and raccoons. Investigators believe at least five of the 13 eagles in Maryland ingested the toxic chemical while eating the tainted remains of a dead raccoon. Carbofuran is so acutely toxic that animals have succumbed to it with just food in their mouth. In some instances, the animals are found dead with undigested food material, mid-esophagus.

At the time the report was issued, authorities announced that they were intending to close the case soon due to a lack of evidence linking anyone to the crime. No arrests have been made. Killing a bald eagle is a felony crime punishable by up to two years in prison and a fine of $250,000.