Just for fun, I decided to do an internet search for architectural firsts throughout history. Listed below are the first five topics that came to mind and their results. I hope you find them as interesting as I did.

Imhotep, Greek Imouthes, (born 27th century BCE, Memphis, Egypt), vizier, sage, architect, astrologer, and chief minister to Djoser (reigned 2630–2611 BCE), the second king of Egypt’s third dynasty, who was later worshipped as the god of medicine in Egypt and in Greece, where he was identified with the Greek god of medicine, Asclepius. He is considered to have been the architect of the step pyramid built at the necropolis of Sakkara in the city of Memphis. The oldest extant monument of hewn stone known to the world, the pyramid consists of six steps and attains a height of 200 feet (61 meters).  (Brittanica.com)

Louise Blanchard Bethune (July 21, 1856 – December 18, 1915)[1] was the first American woman known to have worked as a professional architect. She was born in Waterloo, New York. Blanchard worked primarily in Buffalo, New York and partnered with her husband at Bethune, Bethune & Fuchs.

Her work includes the Hotel Lafayette. The Buffalo Meter Company Building was renamed Bethune Hall in her honor by the University at Buffalo.[2] This building has since been redeveloped into apartments and has been listed on the National Register of Historic Places, received LEED Silver certification, and received the Preservation League of NYS Excellence in Historic Preservation Award in 2014.  (Wikipedia)

The world’s first skyscraper was the Home Insurance Building in Chicago, erected in 1884-1885. The so-called “Father of the Skyscraper” towered all of 10 stories with its peak at 138 feet, miniature by today’s standards but gargantuan at that time. The architect, Major William LeBaron Jenney, incorporated a steel frame that supported not only the walls but the great weight of the entire building. The exterior, however, was made of brick. This technique spawned a new type of construction referred to as the “Chicago Skeleton.” The landmark building did not last…it was demolished in 1931 which was ironically, the year that The Empire State Building in New York was completed.  (Guinness World Records)

The MIT School of Architecture and Planning is one of the five schools of the Massachusetts Institute of Technology, located in Cambridge, Massachusetts, US. Founded in 1865 by William Robert Ware, the School offered the first formal architectural curriculum in the United States, and the first architecture program in the world operating within the establishment of a University. The school is considered a global academic leader in the design fields. (Wikipedia)

Philip Cortelyou Johnson (July 8, 1906 – January 25, 2005) was an American architect. He is best known for his works of Modern architecture, including the Glass House in New Canaan, Connecticut, and his works of postmodern architecture, particularly 550 Madison Avenue which was designed for AT&T, and 190 South La Salle Street in Chicago. In 1978, he was awarded an American Institute of Architects Gold Medal and in 1979 the first Pritzker Architecture Prize.  (Wikipedia)

If you've ever dreamed of designing the worlds next architectural masterpiece, you're in good company. There are always new "firsts" to be achieved. But first, you would be wise to keep your license current.  Architects Training Institute is where architects can find and purchase the AIA-approved CE courses they need in order to satisfy the continuing education license renewal requirement in their state. Designed for busy professionals, our courses and packages let you get the exact architect continuing education you need and want – to go! 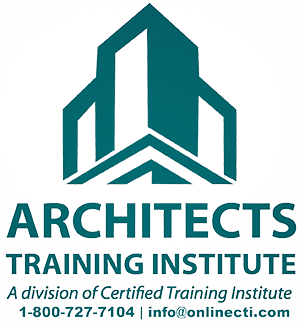 Adam Madison from St. George, UT
Chat with us
Scroll Up