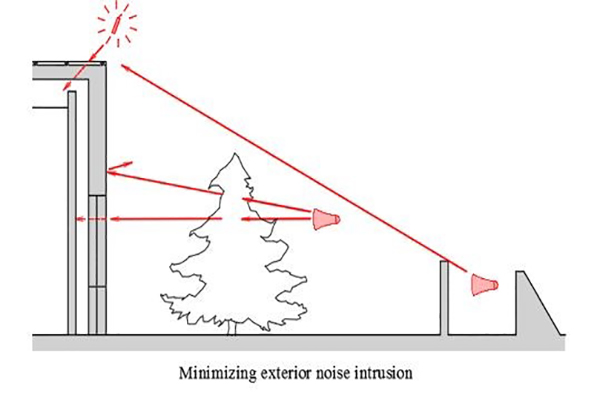 This is a snippet from our Acoustical Design in Modern Architecture course. This course is approved for HSW credits nationwide.

Using basic concepts of acoustics, there will always be three basic ways to attenuate or reduce sound.

Those three basic principles form the foundation for specific design strategies that follow, which apply equally to controlling sound in every building type.  (Part I of III)