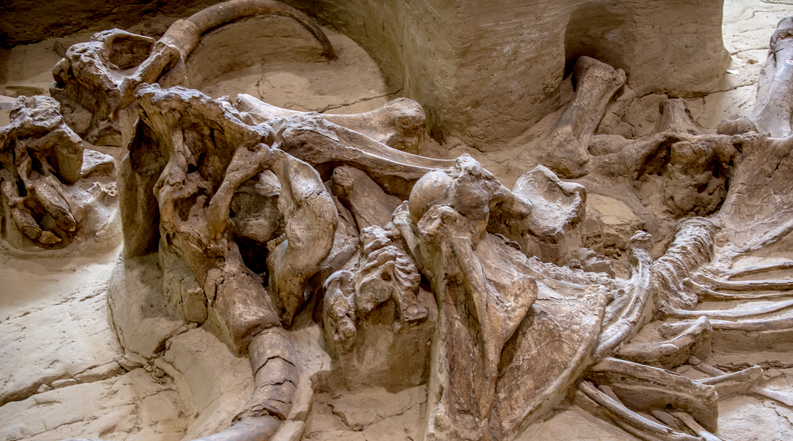 Most contractors don't begin a project thinking about the possibility of finding century-old artifacts or unearthing fossilized dinosaur remains. But, there have been instances where our early ancestors and nature have left a surprise or two just waiting to be unearthed.

Here's just a small sample of the unique and interesting items found during remodeling and construction jobs.

If you are among those lucky enough to discover such treasures, be aware that "Finders Keepers" may not always apply. Each State or local municipality may have it's own rules and regulations.

In the U.S., builders are obligated to report archaeological finds if the project requires a federal, state, or occasionally local permit, license or funding that triggered compliance with historic preservation laws, according to Cris Kimbrough, Ph.D., PMP, and archaeologist and Managing Director at CBRE Telecom Advisory Services.

There are few rules governing artifacts that are encountered on private land because U.S. law is very much focused on the protection of private property. As a consequence, artifacts located in areas where no historic preservation rules are in place are at risk. This does not apply to human remains, however. Human remains always have to be reported to the local authorities and treated appropriately. Equipment World

DINOSAURS ARE A DIFFERENT MATTER!

If you find a dinosaur in your backyard, It's all yours! You can do with it what you please, donate it to your local museum or sell it and put your kids through college!

Montana’s Hell Creek formation is one of the premiere dinosaur-hunting grounds in the United States, and though much of the dino-laden land is secured as federal or state property, not all of it is. And that, says the New York Times, is the key: “unlike many countries that carefully control dinosaur fossils found on public and private lands, the United States restricts the collecting of fossils only on public lands. Fossils found on private land… belong to the landowner.”  Smithsonian.com

While it's highly unlikely, should you be fortunate enough to find buried treasure on your next job, you would be wise to check with your State and local government regarding historic and archaeological finds.

Do you need Builder or Contractor education?

Our exam prep and continuing education courses are created by Builders, for Builders.
Visit www.licensetobuild.com today for more information or call 1-800-727-7104 and speak to us in person.