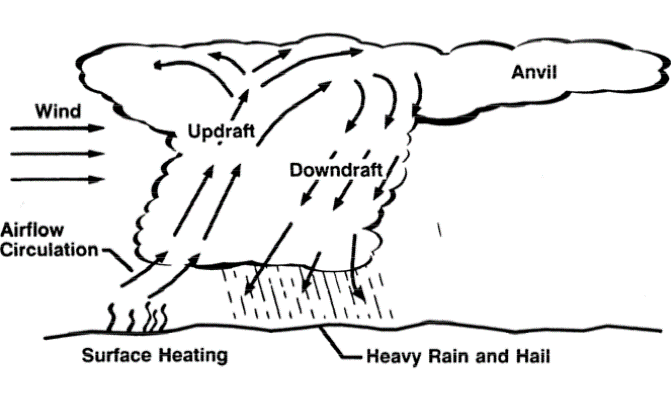 The most hazardous portion of any flight is takeoff and landing, whether you're flying a commercial aircraft or a hobby drone. During landing, the pilot has already reduced engine power and may not have time to increase speed. During take-off, an aircraft is near stall speed. Knowledge of how wind shear affects performance can be essential to a successful recovery maneuver following a wind shear encounter.

Wind shear that improves performance will be first indicated in the cockpit by increased airspeed. Pilot reaction—reduce thrust. With power back, the pilot will experience a shear in the reverse, decreasing airspeed and degrading vertical flight path performance. When flying through a temperature inversion, expect both directional and speed wind shear. This applies to all aircraft!

The magnitude of pitch change is a function of the following:

If an attempt is made to regain lost speed by lowering the nose, the combination of decreasing airspeed and pitch altitude produces a high rate of descent. In some circumstances, as little as 5 seconds may be available to recognize and react to a degrading vertical flight path.

UAS MICRO-Level Wind shear to be aware of:

What is Wind shear?

Wind shear is a generic term referring to any rapidly changing wind currents. It describes a change in wind speed and/or wind direction in a short distance, resulting in a tearing or shearing effect. Wind shear can be encountered when flying through a temperature inversion layer. It can exist in a horizontal or vertical direction and occasionally in both.