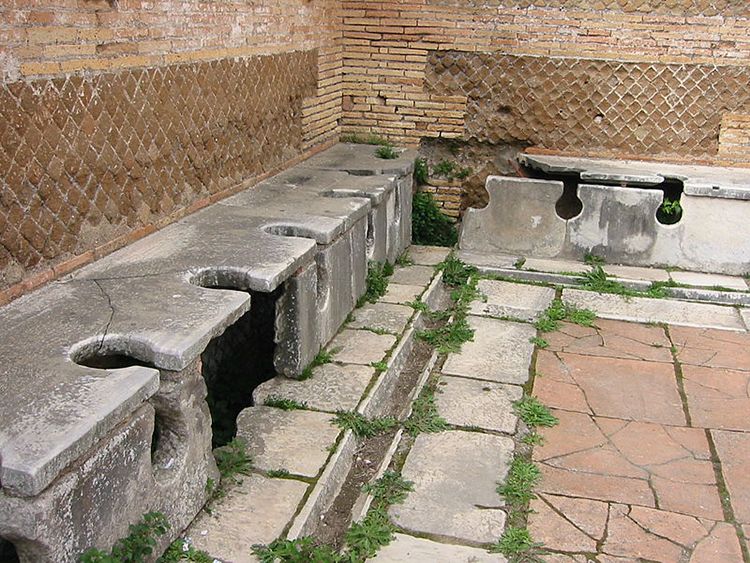 Modern plumbing has helped humanity to eradicate a wide variety of diseases including polio, cholera, and typhoid fever. Before plumbing was widely available, it was a common belief in Europe that getting wet would cause illness. This thought process carried over to the America and persisted into the mid-1800s. In fact, Boston outlawed bathing without a medical directive in 1845.

Worse than this aversion to bathing, human waste was often thrown into the street or yard. This lack of sanitation caused urban areas to fill with rats and other vermin, making a perfect breeding ground for disease. The Black Plague killed between 75 million to 200 million people- amounting to 1/3 of Europe's population.

Polio
Polio's natural home is in fecal matter. While vaccines are often given most of the credit for today's lack of polio, plumbing also played a huge role. Many look to India for a comparison of plumbing v. vaccination. There have been several large campaigns to vaccinate Indians against Polio which has greatly lowered outbreaks of the disease. However, sanitation is still a large problem in the country, with a huge portion of the population unable to afford modern plumbing and the disease persists to a greater degree than other vaccinated countries with modern plumbing.

Cholera
Throughout the 1800s London had very poor water infrastructure. Most people used town pumps or communal wells for drinking water and waste was disposed of in open pits also known as "cesspools" or in the Thames River. Unfortunately, the Thames River was also the main source for town pumps and communal wells. Cholera works quickly on infected individuals, causing vomiting or diarrhea and proving fatal within a few hours of the first symptoms. In a small suburb of London, there were more than 500 fatal cases of cholera in just 10 days.

The Cholera problem persisted for years because doctors believed it was carried in the air until Dr. John Snow hypothesized that it came from water. Dr. Snow traced the cholera outbreaks to a particular pump and he had the handle removed. The Cholera outbreaks stopped immediately after this. The outbreak was later traced back to a mother cleaning a dirty diaper in the well.

Typhoid Fever
Chicago’s problems with typhoid fever began as the population grew from 350 to 60,000 between 1835 and 1850. The city's water infrastructure could not handle this huge increase in population. Most of the city's sewage was being dumped into the Chicago River which flowed into Lake Michigan where the city drew its drinking water. The problem was not fixed until the early 1900s when Chicago modernized their water infrastructure.

DO YOU HOLD A MICHIGAN PLUMBERS LICENSE?

All Michigan plumbers must complete a 5-Hour Code Update class by April 20, 2018.
Plumbers Training Institute offers this class in an easy to use, HD video, and mobile friendly format.