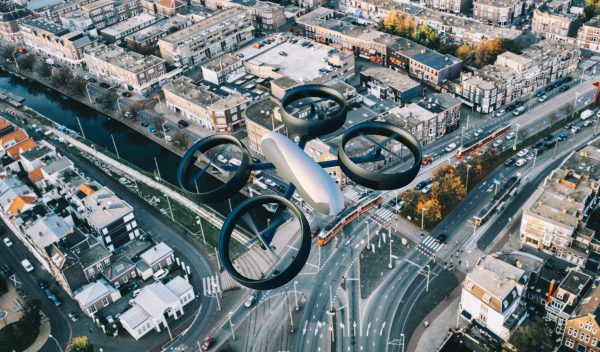 A recent video of a drone flying dangerously close to a passenger plane at McCarren International Airport in Las Vegas area has created tension between aviation lobbyist groups and drone manufacturers, with both groups denouncing the incident. In the video, the drone appears to be flying above Whitney Park, when the drone turns around a passenger plane is seen directly below it. The passenger plane does not appear to take any evasive actions, likely because the pilot was not aware of the drone.

Drone organizations have spoken out to condemn the incident.  Drone U said, “This pilot’s actions not only endangered the flying public but has the potential to discredit an entire sUAS industry.” They call for “swift and just punishment” and says there is no excuse for this criminal behavior. The Drone Manufacturers Alliance (DMA) did not respond to this specific incident but did release a statement to a Hawaiian crash between a helicopter and a drone emphasizing that “all drones pilots must follow laws and regulations about drone flights to keep the skies safe.”

In a joint letter by the Air Line Pilots Association, Int’l (ALPA), Airlines for America (A4A), and the National Air Traffic Controllers Association (NATCA), lawmakers were urged to restrict the FAA from applying any rules or regulations to drone operators for recreation or as a hobby. “Small drones are very difficult to visually acquire by pilots in flight or by air traffic controllers in the tower, and small drones do not currently have electronic anti-collision technologies that are compatible with airline collision avoidance systems.” The likelihood of a drone colliding with a passenger plane is increasing.

Right now recreational drones do not have anti-collision technology but are monitored remotely through local broadcast technology. If more incidents like Las Vegas occur, it’s likely that drone monitoring will have to change.