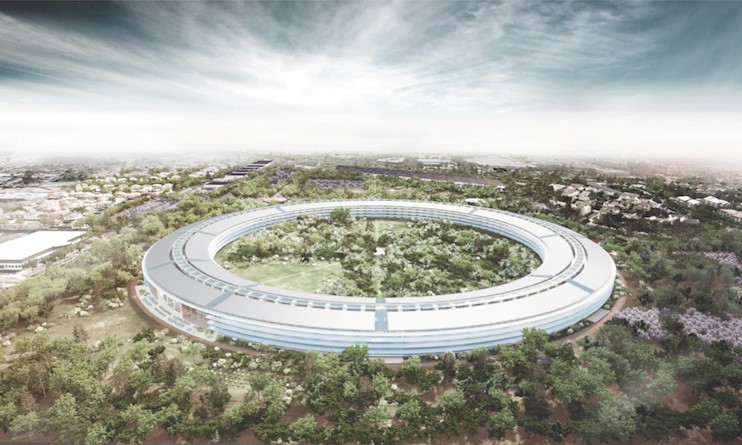 The US is in the midst of rapid change. With a booming tech industry and a growing population of over 320 million, the US needs additional infrastructure. With limited space and growing environmental concern, architects are designing buildings that are taller and more efficient than ever before. Below are a few of this year’s coolest buildings that reflect an adapting industry:

›  This residential building, to be completed in 2018, will be one of the tallest buildings in the city.

›  However, living here may cost you a pretty penny, with an average price of $17 million.

›  Apple’s now soon-to-be headquarters in Silicon Valley has been dubbed the “spaceship” for its UFO-looking circle shape.

›  Designed by UK architects Foster + Partners, who are rumored to be in talks to also design new Apple Stores.

›  The loop structure, which is over a mile long, places an emphasis on green space, allowing room to plant over 72,000 trees.

›  Campus 2 was one of the last great visions of Steve Jobs, inspired by the Stanford campus.

›  The grid-like structure was inspired by a trash can.

›  Currently topped-out, the building should open later this year.

›  Despite its massive size, the home is designed with its carbon footprint in mind, using insulated concrete and geothermal heating.

›  The house is designed to be nearly everlasting —being earthquake and tornado resistant, fire retardant and even bulletproof.

›  The construction is ongoing, with no set completion date.

›  The Pensmore Mansion is so large, it’s even bigger than the White House.

›  CEO Mark Zuckerberg wanted the space to have a dorm-like feel, placing an emphasis on collaboration.

›  According to Zuckerberg , the new location is “the largest open floor plan in the world.”

›  The new headquarters features an expansive rooftop garden, complete with 400 trees and a running path.

›  Facebook employees are told to personalize their space – adding artful graffiti to the campus as they wish.

Did we leave out a building you think deserves the spotlight? Which architectural marvel are you most excited about? Let us know by commenting below, connecting with us on LinkedIN and liking our Facebook page!

For the fastest and most economical way to complete this education, visit www.architectstraininginstitute.com or give the friendly staff a call at: