After the Washington State Department of Agriculture (WSDA) found and removed an Asian Giant Hornet nest late last month, there was still one major step left; opening and examining the nest.

Removal of the nest itself was complicated due to the fact that it was tucked inside a tree. Once WSDA entomologists had safely removed the hornets living in the nest, they also removed the tree itself before splitting it open to reveal the nest inside.

The nest was just over 8 feet high in the tree and, once opened, was found to be about 14 inches long and 9 inches wide. So far, over 500 Asian Giant Hornet specimens in various stages of development have been collected from the nest, and the counting is still ongoing!

Here are the preliminary results of what WSDA entomologists found in the nest.

Despite multiple applications of carbon dioxide, removal of the workers, and storage in a cold facility, most of the specimens were still alive when the nest was opened. 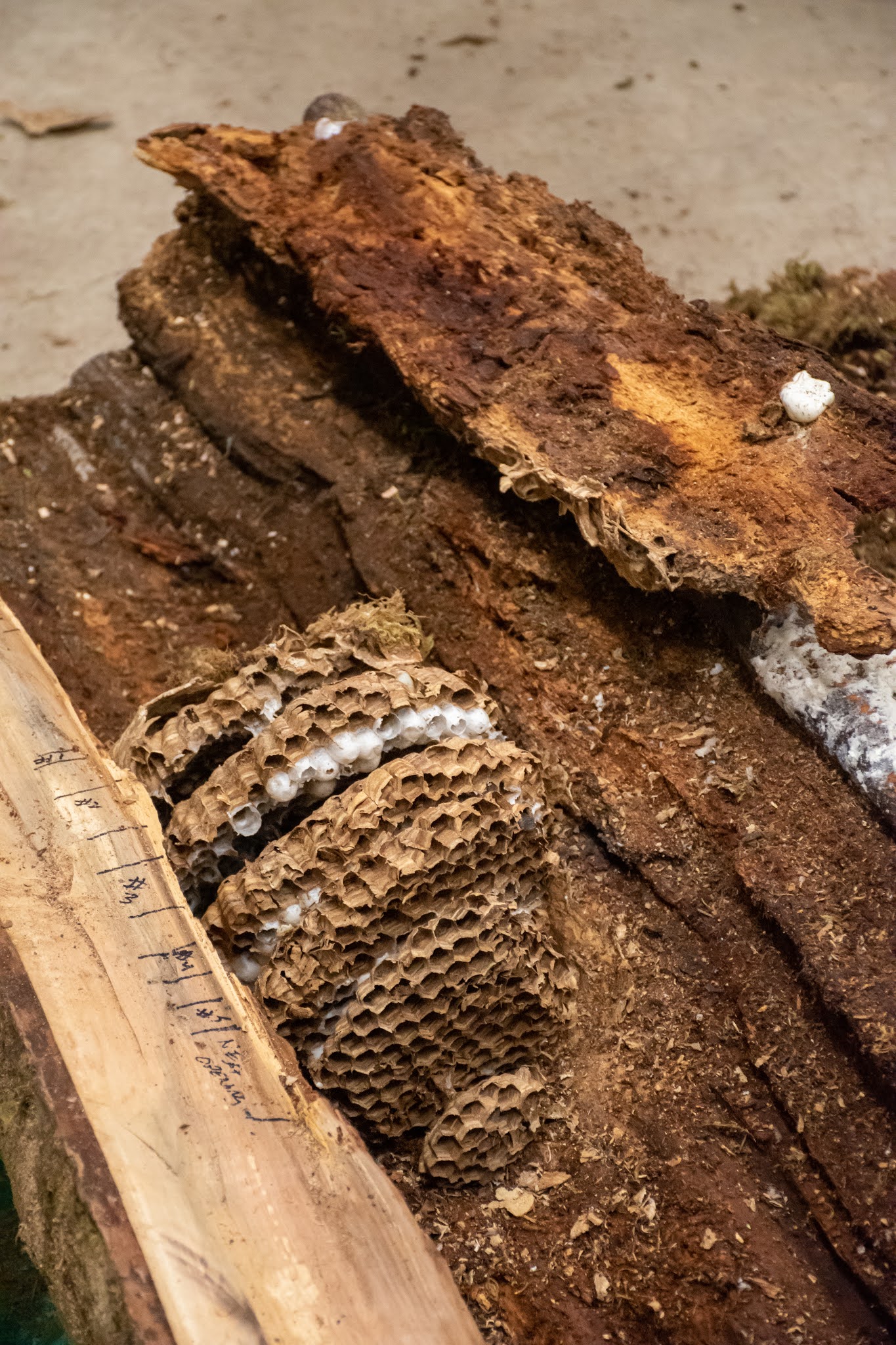 WSDA plans to continue trapping through at least Thanksgiving and possibly beyond, but will likely only track worker hornets. Even if no other hornets are found, WSDA will continue to trap for at least three more years to demonstrate the area is free from Asian giant hornets.

If you may have seen an Asian giant hornet in Washington State, report it with a photo if you can get one at:

If you believe you have seen an Asian giant hornet but live in another area, please report it to your state or province’s invasive species managers.

Complete your continuing education online with our course bundles! Get started below.

How do I renew my Washington pesticide applicator certification?

How long is my Washington pesticide applicator certification valid?

All applicators must re-certify every five years by December 31st.

What are the continuing education requirements for Washington pesticide applicators?

Where can I find Washington-approved pesticide applicator continuing education courses?

Upon completion of your course(s), Certified Training Institute will submit your completed credits to the state for you.